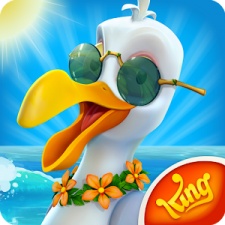 King's Seattle studio is set to close as part of sweeping cuts at parent company Activision Blizzard, according to a report.

An unnamed source has told Gamesbeat that the decision would result in 78 job losses.

The developer had worked on titles such as Paradise Bay and was estimated to have brought in around $200 million in revenue during the last few years.

But it seems that was not enough. It comes as Activision announced plans to lay off eight per cent of its workforce despite a record year for the company.

The Seattle studio, previously called Z2Live, was purchased by King back in 2015 for $45 million upfront, with potential additions valuing the deal at up to $150m. It was the first US developer the company had bought at the time.

The company had worked on titles such as mobile flight sim MetalStorm: Online and mobile and PC strategy game Battle Nations prior to its acquisition.