Known for PlayLink title That’s You 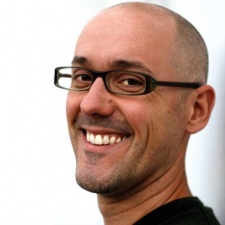 Caspar Field, Tom Bennett and Paul Brooke founded the studio in 2012. The company was best known for its PlayLink title ‘That’s You’ which let users take part in a variety of party games via their mobile devices.

The developer had been seeking a publishing deal for two projects that were in the works, while also searching for other funding opportunities but was ultimately unsuccessful in securing either.

At its peak, Wish Studios had employed as many as 35 staff.

"We are deeply saddened at having to close Wish, after six and a half years of making great games,” said Wish CEO Caspar Field (pictured, main).

“Our ethos was to put the team and their creativity at the heart of everything we did; having to say goodbye to those people has been an unbelievably difficult thing to do. It is truly heartbreaking. We would like to thank the Wish team, past and present, for their incredible contributions, and hope that they’ll carry the best of what Wish was into their future careers.

“We’d also like to thank Sony for believing in the PlayLink concept, and, more than anything else, we’d like to thank all those who played and enjoyed our games – because that’s what it’s all about."