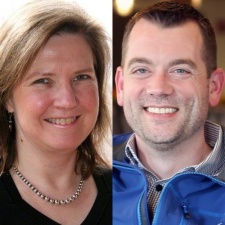 Star Trek Timelines developer Disruptor Beam has unveiled its new Disruptor Engine for mobile game live ops that will be made available to third-party studios.

They’ve been tasked with growing the company’s business which includes the release of several new titles and the launch of the Disruptor Engine.

Neither a launch date for the platform nor pricing details have been disclosed at this time.

“Over the past several years Disruptor Beam has made substantial investments in our game platform, which has led to dramatic improvements in our time-to-market and ability to operate games profitably,” said Disruptor Beam CEO Jon Radoff.

“We are now ready to start turning those investments into solutions for others looking for an advantage in launching and operating mobile games.

“Claire and Trapper are extraordinarily qualified executives who can spur even more growth at Disruptor Beam by helping us act upon this opportunity, enabling us to create more games than ever before - both our own titles and those we’ll be creating with our partners.”

Disruptor Beam has worked on games such as Star Trek Timelines, Game of Thrones Ascent and The Walking Dead: March to War.

The company has partnered heavily with Tilting Point in the past, which handles the marketing, sales and distribution of Star Trek Timelines and has invested $29 million into user acquisition.

Discover how to scale your mobile game and keep it going for years on the Growth and Live Ops LandScape tracks at Pocket Gamer Connects Seattle on May 13th to 14th.