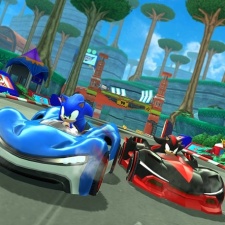 Sega Hardlight is being restructured to bring it more in line with Sega Europe's roster of developers.

The publisher announced that the studio was being integrated into Europe’s “pillar structure”, bringing its business closer in line with other Sega-owned studios like Creative Assembly and Sports Interactive.

The Leamington Spa-based outfit will continue to make mobile games, including the Apple Arcade exclusive Sonic Racing. Sega stated that the restructure will make it easier for Hardlight to collaborate with other developers under Sega Europe.

“Neall was the ideal candidate to take over as studio director in what is destined to be a very exciting period of growth and development for the studio," said Heaton.

"His experience and commitment have been an asset to Sega and his leadership will help guide Hardlight to success in their current and future projects.”

Jones added: “It’s a really exciting time to be in the games development industry and with new platforms being announced and mobile gaming continuing to rise in popularity and revenue, the context of running one of the UK’s best and most specialised mobile development studios makes it all the more exciting.

“I’m extremely pleased to start my new role as studio director in what is set to be a new era for Hardlight, as part of the Sega Europe pillar structure.”