“I’m humbled by this dream opportunity” 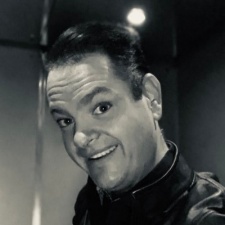 Former Gearbox Publishing executive producer John Vignocchi has revealed he has left the company to join Nintendo of America.

The publishing boss had stated a few days prior that he was leaving the company after only seven months to pursue a “dream job” opportunity, which has now been confirmed to be as part of pushing developer and PR relations for the Switch maker.

Prior to Gearbox, Vignocchi acted as vice president for Disney Interactive working on its toys-to-life initiative before moving to Gearbox in October 2018

“I’ll be driving developer and publisher relations for North America so that Nintendo can continue to bring amazing content to all fans,” said Vignocchi in a Facebook post.

“I plan to help continue the tradition of building memories through Nintendo that will last a lifetime. I certainly have a lifetime of them already and can’t wait to make more. I’m humbled by this dream opportunity and will work tirelessly to bring you the best that I can.”

Vignocchi arrives at a good time in the Switch’s lifecycle, with the console recently being revealed to have overtaken the PlayStation 4 in Japan after only two years on the market.