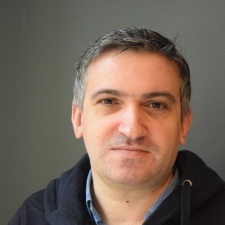 Playstack has brought back former product manager Aaron Ludlow as its new head of product.

Ludlow had been a product manager at Playstack from July 2016 to March 2019, when he joined Love Island: The Game developer Fusebox Games in the same role. He has also held product manager roles at a range of studios, including Marmalade Game Studio, Zynga, and AppyNation.

Now back at Playstack, Ludlow will be overseeing "an exciting game franchise" and "new growth area" for the studio.

Too good to turn down

Writing on LinkedIn, Ludlow stated that "the last year has been great managing 'Love Island: The Game' with the wonderful people from Fusebox Games, however the opportunity to return to Playstack, a company I hold very dear to my heart (as original employee number 3), was too good to turn down!"

Playstack last made headlines when its game Dig That Gold gave away real 24k gold bars as a reward to players. The publisher also acquired Finnish developer Hisome in September 2018 and renamed it Playstack Oy.