Will contribute towards upcoming VR titles from the studio 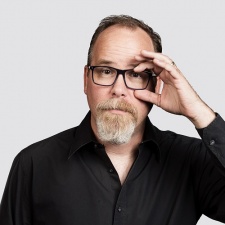 With a career in games over 20 years, Booth has created several well-known IPs such as Left 4 Dead, Counter-Strike: Condition Zero and Nox. His previous employers include Blizzard Entertainment, Electronic Arts and Valve Software.

Most recently, Booth was the creative director at Facebook, where he spent several years leading the team in exploring how VR can empower people to share their experiences and connect with each other in new ways.

Booth will help contribute towards the studio's upcoming titles including VR co-op game Acron: Attack of the Squirrels and Cook-Out: A Sandwich Tale.

"What drew me to Resolution Games is the team's passion and dedication to creating innovative and immersive gameplay in what’s proving to be an incredibly powerful, yet still somewhat challenging technology," said Booth.

"I've seen Tommy [Palm, CEO of Resolution Games] and his team create diverse, high-quality content that pushes the boundaries of what is possible while bringing new people into gaming, which is a very hard thing to do. I’m looking forward to working with this talented group and navigating this field together, even moving beyond the studio’s usual genres to really push the boundaries of what can be done in games."

Resolution Games CEO Tommy Palm added: "I've been playing games that Mike created for decades, and we’re so excited to add this legend not only to our board but also as a hands-on creative advisor to our teams as we bring our games to market."