Has also held roles at EA, Activision, and more 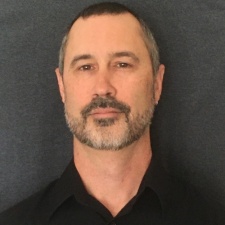 Schmitt joins from Scopely, where he worked as executive producer on the publisher's WWE Champions. He has also held roles at EA, Activision, THQ, and Disney Interactive. Schmitt will be heading up an as-yet unannounced project.

Nifty Games is also currently working on a game with a licensing deal from the NBA. This deal will allow Nifty to use NBA players, teams, and venues in the game.

"We're thrilled to have William join our talented team. William's success and experience of having worked with top licensed IPs including WWE, UFC and Marvel Avengers will be a key asset as Nifty Games looks to radically transform the mobile sports games landscape," said Jon Middleton and Pete Wanat, founders of Nifty Games, in a joint statement.

"The opportunity to deliver head-to-heads sports action for mobile devices has never been better," added Schmitt.

"Nifty's forthcoming NBA basketball game is just the beginning. I look forward to leading the charge at Nifty Games, as we look to deliver the next generation of sports games for fans globally."

Nifty raised $3 million in seed funding back in November 2018. It then made a raft of hires, including veterans from EA, Warner Bros., and Zynga.