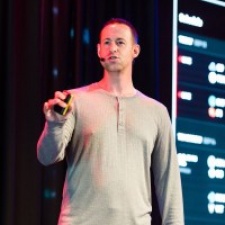 Seavers has joined the company from Riot Games, where he served as chief technology officer. Overall, he has 25 years of experience in the industry, particularly across engineering, product and project management.

"I know first hand how difficult it is to create video games. One of the main problems is that there's a lack of simple tools for designers, artists, and creatives to be fully empowered. AppOnboard can make game development accessible to everyone with an idea and fulfil the promise where imagination is all you need to create a video game," said Seavers.

"The next big hit doesn't have to come from a triple-A studio with a multi-million dollar budget and a five-to-seven year production schedule. Today's gamers are much more diverse and react in real-time to new trends and movements."

AppOnboard co-founder and former CEO Jonathan Zweig personally recruited Seavers and will continue to work alongside him as president of the company.

"As AppOnboard grew, we wanted to bring in a proven industry leader to scale our business. Seavers has a wealth of knowledge and experience that few others can match, so we were thrilled that he shared our vision for the company and look forward to working together to enable the future of no-code game development," said Zweig.

The Los Angeles-based firm acquired its flagship product Buildbox in June 2019. Furthermore, British developer and publisher Kwalee has teamed up with the platform for no-code development.

Reggie Fils-Aime to leave GameStop's board of directors