He takes over from Timo Soininen on November 27th 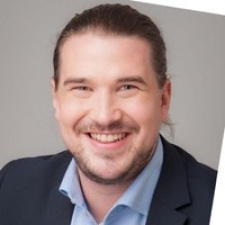 Until now, Saarniniemi has been responsible for the finances and operational management of Small Giant Games. He initially joined the studio's management team in 2017. Previously he has worked for Rovio.

"I am excited about this opportunity. Maintaining and further developing the excellence of our team's operations is important to me," said Saarniniemi.

"Likewise, nurturing the satisfaction and pride of working with Small Giant. I believe that as part of Zynga, we can achieve even more in the future. We have worked closely with Zynga for two years and have shown that our unique culture and Zynga's resources are a strong combination."

Saarniniemi will take over from current CEO Timo Soininen, as the company co-founder will move into the role of chairman of the board. The change will come into effect on November 27th.

"Small Giant Games was founded with the idea that small and talented teams can accomplish great things. I am extremely grateful that I got to work and act as a leader in this eye-popping team," said Soininen.

"I think every leader should strive to create a strong corporate culture and team that is capable of running the company independently. I feel that I have succeeded in this, and the team is able to develop games very successfully under the leadership of Jose as well as two other founders, Otto, supported by Markus Nieminen and Halttunen. "

Soininen added: "I am very happy and proud of Jose's new role. His commitment, understanding of our business and games, and his ability to work with both our team and Zynga made him a natural choice for the CEO role."