"Kevin is an outstanding addition to our board" 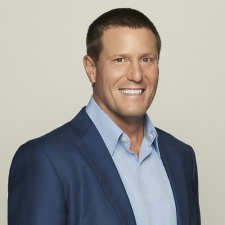 Nexon has appointed former TikTok boss Kevin A Mayer to its board of directors.

Initially, Mayer's nomination to the board was brought forward in November 2020.

He has held a number of leadership positions throughout his career, one of which was as the chief strategy officer for the Walt Disney Company.

In his time there, he led numerous acquisitions, including Pixar, LucasFilm and Marvel Entertainment. Mayer was also responsible for the launch of streaming platform Disney+.

"Nexon's unique ability to create and sustain Virtual Worlds puts the company on a path to become one of the world's premier entertainment companies," said Mayer.

"Their research and investment in new technology will change the way games are created and played."

"Kevin is an outstanding addition to our board," said Nexon CEO and president Owen Mahoney.

"His experience and insights will be extremely valuable in helping expand our new and existing Virtual Worlds onto new platforms and into new markets."

Last year proved to be a huge success for Nexon, as the company saw $2.8 billion in revenue.

Jobs in Games: Nexon's Devon Kim on how to get a job as an Engineering Lead