Will be responsible for the expansion of the company 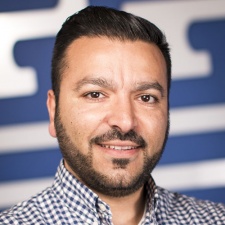 Eger has spent the past decade at Goodgame Studios, most recently serving as its director of App Store relations/partnerships and corporate development. Whilst at Goodgame, Eger was responsible for the establishment of the firm’s publishing department.

In the new role, Eger will manage the expansion of the company, focusing on mergers and acquisitions, as well as the organic growth of the firm. The current Hamburg team consists of 15 with the aim of expanding in the near future.

Former CEO and founder of Exmox Alper Eger will remain within the executive management team of the company and operate as its COO.

"I am delighted to join Exmox at such an exciting time in the company’s history and believe we have tremendous potential in performance marketing with our strong culture of innovation," said newly appointed Exmox CEO Caglar Eger.

"By joining Exmox, we combine an independent and focused mindset with sophisticated marketing technology in a family business environment."

Exmox founder and COO Alper Eger added: "With Caglar Eger, we get our desired candidate as CEO who excels in high business sense and more than a decade of experience in modern corporate development."

"Due to his outstanding expertise, we will exponentially bolster our current growth, which has already doubled this fiscal year compared to 2020."