Will focus on the creation of new F2P IP 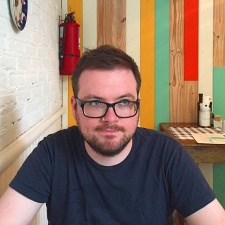 Joining in November 2021, Chambers has entered Bandai Namco Mobile as a game artist after holding the same position at Supercell for the past five years. Whilst at Supercell, Chambers primarily worked on the development of Brawl Stars, from prototype to finished product.

Going forward, Chambers will be focused on creating "innovative" free-to-play IPs that are outside of the scope that Bandai Namco is known for.

"I’m a huge Bandai Namco fan," said Chambers. "They are one of the great games institutions and as close to gaming royalty as you get, I feel genuinely honored and humbled to be asked to join and be a part of creating new and exciting IP's that can stand alongside the likes of PAC-MAN, Tamagotchi, and Katamari."

Bandai Namco Mobile was established in 2019 and currently consists of 33 employees with an average of 12 years of games industry experience each. Recent hires for the studio included two former Ubisoft game developers, Marc Saña Forrellach and Tania Anta.

"We have a very flat, open and collaborative structure. We hire only the absolute best and most expert professionals, and we aim to give them the opportunity to create those magical experiences that will become the next milestone in mobile gaming."