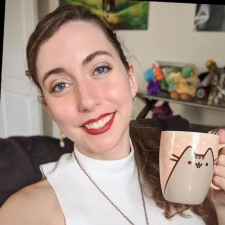 The IGDA has revealed that its executive director, Renee Gittins, will be stepping down after five years at the company.

Gittins first joined the IGDA in April 2017 as an executive board member and took on the role of executive director in July 2019.

Gittins will continue in the role until February 1 2022, with IGDA manager of global development Jakin Vela stepping in as interim executive director to ease the transition. Additionally, the search for a successor will see Rami Ismail join the board of directors.

Going forward, Gittins will begin a new role as general manager of Canadian games developer Phoenix Labs towards the end of next month.

During her career at IGDA, Gittins published multiple reports on the games industry and launched the non-profit’s Global Industry Game Awards.

"I am proud to say that my time serving as the IGDA’s executive director was among the most fulfilling and rewarding experiences I’ve had in the industry," said Gittins.

"I am endlessly grateful to the IGDA board, members, and community who have supported me throughout my term. This next chapter of my career will allow me to execute the values that the IGDA has cultivated to best support all within our industry."

Yesterday, Thunderful Group revealed that CFO Anders Maiqvist is stepping down from the role, but will continue to advise the company on games industry mergers and acquisitions.