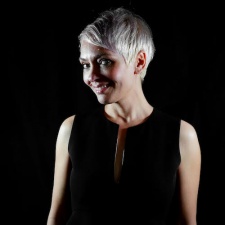 Over a 20 plus year games industry career, Enache has held various positions across the industry, from the likes of Sony, Konami, Namco, and is the founder of games consultant Digital Monk.

Additionally, Enache previously served as Marvel Entertainment’s SVP of games and digital distribution, and was most recently head of global business development and strategy at Blind Squirrel Games.

At Secret Society Games, Enache will develop short and long term business strategies, support original IP development through partnerships, and will be "deeply involved" in the firm’s investments and M&A activities.

"Secret Society Games is breaking the mould for what a game developer can be, and I was drawn to the exciting challenges and opportunities that are in store for this company," said Enache.

Based in California, Secret Society Games was founded in 2017 by games industry veterans and is self-funded and focused on co-development and the development of original IP. The firm’s site describes itself as a "discerning group building great games for PC, console, and mobile".

In other job news, earlier this week Scopely appointed entertainment industry veteran Salaam Coleman Smith to its board of directors.