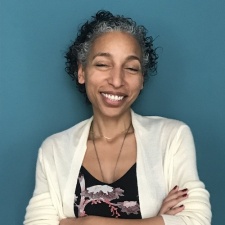 Busefi previously served as a "key member" of the HR team for the United Nations High Commission for Refugees (UNHCR) in Malta and provided operational support and focused on talent acquisition.

Prior to the UN, Busefi served as the head of office assistant at the Regional Marine Pollution Emergency Response Centre for the Mediterranean Sea (REMPEC) in Malta.

At Exient, Busefi will be responsible for ensuring that Exient is an "inclusive and welcoming workplace" for all. Additionally, Busefi will help in the development of Exient’s Equality, Diversity & Inclusion (EDI) programme.

"It’s such an exciting time to be working in the games industry, both in terms of Exient’s own plans for strategic growth, but also in the context of the growing EDI focus amongst game developers and publishers," said Busefi.

"I’m relishing the opportunity to support our teams across the Malta and UK offices, as we work to maintain an environment for success."

Exient has ramped up its hiring process over the past 12 months and has made 20 key hires to gear up for the release of Ultimate Sackboy in Summer this year.

Exient COO Nusrat Shah added: "We’re delighted to welcome Hunida to the Exient team. Her experience working for global organisations such as the UN will be hugely important as we expand our publishing operations and headcount further, through upcoming releases in our pipeline and increased player engagement for existing titles."