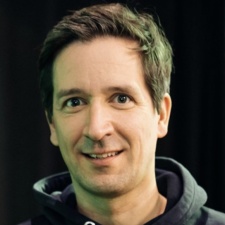 Janzen first joined InnoGames’ marketing team in 2012 and was most recently the firm’s marketing director media and performance channels, which he has been promoted from.

While at InnoGames, Janzen "contributed significantly" to the success of the studio’s web and mobile strategy game, Forge of Empires.

In the new role, Janzen will be responsible for InnoGames’ marketing activities to aid the company in expanding its position as a mobile and online games publisher. Janzen will directly report to InnoGames CEO and co-founder Hendrik Klindworth.

"We have a fantastic and highly motivated team that has delivered a wide range of successful marketing campaigns and initiatives across many different platforms," said Janzen.

"We have a well-defined marketing strategy and a track record of reaching and engaging players around the world. In addition to our current portfolio of highly successful games, we have exciting new games in store for all of our current and future fans and I am looking forward to promoting them."

InnoGames CEO Hendrik Klindworth added: "Felix brings a wealth of experience to the CMO role and is a trusted and respected leader and colleague. Together, we will lead our team to succeed with our new games."

In line with Janzen’s promotion, InnoGames former CMO Christian Pern has been promoted to CMO of Modern Times Group’s (InnoGames’ parent company) gaming vertical. Pern held the position as InnoGames CMO for the past eight years.

In the new role, Pern will focus on "fostering knowledge sharing" and cooperation across the group in addition to developing Modern Times Group’s (MTG) marketing strategy.

Commenting on Pern’s promotion, Klindworth added: "I would like to thank Christian for all of his hard work and tireless commitment. He has contributed considerably to the continued success of InnoGames by building a strong, data-driven marketing organisation. I am excited for the opportunities and skills he can offer MTG on a group-wide basis."

Earlier this year, MTG announced its divestment in ESL Gaming for $1.05 billion as the firm pivots into a "pure-play" mobile games company.