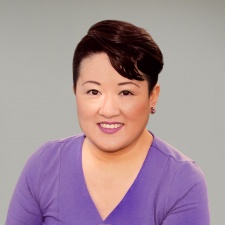 PeopleFun, developer of Wordscapes – the second-most downloaded puzzle game April 2021 and March 2022– and Word Stacks, has appointed Carol Miu as its new CEO, following a tripling of revenue from $100 million to $300 million since joining the company. She succeeds Tony Goodman, who has held the position since 2011.

Previously, Miu held positions at Yvolver, Boss Fight Entertainment, and Scopely, among others.

Miu commented: “My vision for the company is twofold: first, to develop more hit games through excellence at data-driven product innovation, striking the right balance between finding the fun and confirming through rapid iteration and testing that there is broad market appetite for our game ideas.

"Second, to become best-in-class as a workplace that invests in the professional development of employees, providing unique opportunities to learn and innovate.”

CEO in the Big D

PeopleFun, based in Dallas, US, was acquired by AppLovin in 2018 and currently has more than 30 million MAUs.

Co-founders Tony Goodman and John Boog-Scott celebrated Miu’s appointment. Goodman commented: “[Miu] brings an extensive knowledge of product, data, and analytics to the role, and also offers a critical understanding of the importance of mentorship alongside an individual’s personal and career growth.”

Boog-Scott added: “Anyone who has worked with Carol would recognise why she was selected and fully entrusted as PeopleFun’s new Chief Executive Officer. I know that as CEO, she will encourage and challenge her teams to push the boundaries of creativity, while also continuing to prioritise people’s growth as she’s done so extraordinarily over the past four years.”