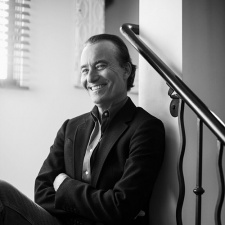 Cloud gaming developer, publisher and distributor 110 Industries has announced the hiring of EA founder Trip Hawkins as an advisor to the Board.

His role on the board will be to leverage game industry experience and knowledge in order to develop the brand and corporate culture of 110 Industries.

Prior to founding EA in 1982, Hawkins was involved in establishing the corporate culture at Apple as he will at 110 Industries. He helped EA to create a roster of successful titles, founded 3DO and California-based Digital Chocolate, and worked together on a mobile esports platform with Skillz.

Hawkins also founded a company to support children with their education and emotional development, the If You Can Company, and was entered into the Pocket Gamer Hall of Fame in 2013.

"110 Industries is a really ambitious company with a compelling vision and an exciting slate of upcoming titles, so this is a project that I’m really excited to be involved in," Hawkins said. "I believe they have the potential to make a big impact on the industry and I’m looking forward to doing everything I can to assist the company in delivering on that."

110 Industries founder and creative director Sergei Kolobashkin commented: "From Apple, to EA and beyond, Trip is the rare kind of executive that has been both founder and boots on the ground. In building our brand and corporate culture, we want to learn from the best, and Trip fits the bill perfectly!"

Last week, Wordscapes developer PeopleFun announced Carol Miu as its new CEO following a tripling of revenue from $100 million to $300 million since her joining the company.