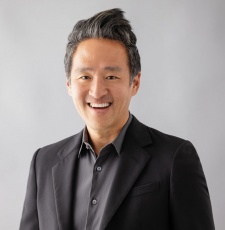 Zynga president Bernard Kim has announced his forthcoming exit from the company, and will join the Match Group – responsible for dating platforms Match.com, Tinder, OkCupid, Hinge, and others – as CEO on May 31.

Kim was a central figure in Zynga’s numerous acquisitions during his six years with the company, including Turkish all-stars Peak, Gram Games, and Rollic. With the Match Group’s push towards interactive experiences since 2021, Kim’s appointment represents a significant commitment in this direction.

Frank Gibeau, Zynga CEO, stated: “For the last six years, Bernard has been a trusted partner to me and the entire leadership team as we have worked hard to deliver on our mission to connect the world through games.

“Bernard has played an important role in our Company’s leadership team as we’ve broadened our offerings, built our presence in the industry and delivered unparalleled games to our players. On behalf of everyone at Zynga, we thank Bernard for his many contributions to Zynga and extend our sincerest congratulations on becoming CEO of Match Group.”

Kim commented: “I am excited to be the new CEO of Match Group. I truly believe that love, connections, and relationships are the pillars to a happy and joyful life. I’m elated to work at THE organisation that's responsible for connecting millions of people around the world.

“Huge thank you to the incredible teams at Zynga and T2. You are the best and I will be playing your games forever.”

Current Match Group CEO Shar Dubey will resign from the role on May 31, and continue to serve on the board.

Kim spoke with PocketGamer.biz on the eve of his exit to celebrate Zynga’s acquisitions in Turkey and his faith in the current M&A trend.