DeLaet will oversee the company's portfolio of digital games 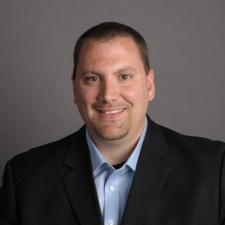 Mattel has announced the appointment of Mike DeLaet to its team, where he will act as global head of digital gaming.

DeLaet brings more than two decades of experience to the role, having previously acted as SVP of developer partnerships at Scopely. In 2017 he founded Rogue Games Inc., where he acted as CEO until 2020. In his new role DeLaet will oversee Mattel’s digital gaming portfolio across all major platforms, including licensing and self-publishing, as well as further Mattel163 – Mattel’s joint venture partnership with NetEase.

"After two exciting years at Scopely, I’ve decided to take on a new adventure. I’ve had a fantastic Scopely experience working with some of the most talented people in games, and I am so proud that I had the opportunity to help build one of the largest mobile-first game brands in the world," said DeLaet.

During his time at Scopely, DeLaet developed relationships with both licensing partners, such as Disney, and platform distribution partners like Google, Apple, and PlayStation. This experience could prove vital as Mattel continues to grow its digital gaming portfolio.

"Digital experiences like gaming present a significant additional lever for engagement with our brands. As we ramp up our offerings through licensing partnerships, game tie-ins, and standalone releases, we are also looking to expand our own games across PC, console, mobile, and web-based platforms. We eagerly look forward to bringing Mike’s leadership to bear in this growing vertical for Mattel," said Mattel COO Richard Dickson.