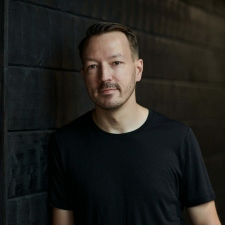 Next Game, the Finnish mobile gaming studio that brought us The Walking Dead: No Man's Land and Stranger Things: Puzzle Tales, announces that Reko Ukko is joining the firm's leadership teamas the Chief Creative Officer as of today. Next Game recruited Rekko Ukko to help guide its team to develop and deliver delightful and engaging games to Netflix members around the world.

Ukko is a seasoned and esteemed game executive with two decades of experience in designing games and creative leadership. Prior to Seriously, Reko was Head of Game Design at NaturalMotion in Oxford, where he led the design team and worked on multiple projects, including Clumsy Ninja.

He joins the Next Games team from Seriously, an award-winning company he cofounded, creating original mobile game IPs designed to be expanded into entertainment properties. Ukko played a pivotal role in creating the hugely successful Best Fiends franchise with millions of daily active players over its lifetime. Then in 2019, Playtika acquired Seriously.

Seriously was ranked 40th in our list of Top 50 Mobile Game Makers that year.

Next Games, founded in 2013 and led by CEO Teemu Huuhtanen, was acquired by Netflix in March for €65 million ($72 million). This announcement is Next Games' first leadership team announcement since joining Netflix Games.

After the acquisition, Next Games’ Stranger Things: Puzzle Tales was removed from the Apple App Store and Google Play Store ahead of the title’s move to Netflix Games exclusivity in Q4 2022.

Even with the likes of exclusive and popular titles like Stranger Things: Puzzle Tales, Netflix has failed to engage less than one per cent of its subscribers. Out of the firm's 220 million subscribers worldwide, only about 2.5 million of them play the streaming platform's games since its launch last November.