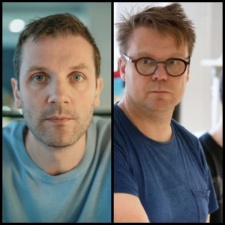 Jack Schulze and Timo Arnall have both joined the company, likely to work on mixed reality projects, while the company’s third co-founder, Nick Ludlam, has reportedly not been hired.

Although Playdeo remains an active company according to Companies House filings, it presently employs no staff and is solely in the hands of investors. Schulze, Arnall, and Ludlam all resigned as directors of the company in March, with the company’s settled around the same time.

Playedeo specialises in mixed reality, with the company’s site stating “We use our own camera software built on Apple’s ARKit, that allow us to instantly record and experiment with game mechanics mapped into recorded video, as well as making remote production and instant editing possible.” The company’s best-known title, Avo, features a controllable avocado which the user directs through 3D-scanned versions of real environments, resulting in an experience more akin to controlling a video than playing a traditional video game.

The future of television?

This acquisition comes among consistent rumours that Apple are preparing to make a move into the AR, VR, and mixed reality spaces, with rumours of a VR headset to be released in January.More and more tech companies such as Meta and Sony are investing in VR technology and creating headsets for either PC or consoles, however at present no significant steps have been made towards a full VR headset on mobile devices.

If the rumours are true, this would significantly increase the iPhone’s profile among gamers, and the hiring of developers focused on mixed reality titles could signal a clear intent to develop games specifically with the headset in mind, as opposed to merely porting existing titles to a new format.

Last month, we reported that Android accounted for 70 percent of ad creatives in the second quarter of 2022, as advertisers adjusted to the new market environment on iOS devices following new privacy regulations.