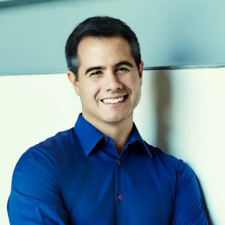 Jam City co-founder, COO and president Josh Yguado has been elevated to the role of CEO among a wave of organisational changes, the company announced today.

Additionally, Chairman of the Board and Global HQ President of the Netmarble Corporation SeungWon Lee has been appointed to the role of Executive Chairman of Jam City. Meanwhile, co-founders Chris DeWolfe and Aber Whitcomb, who held the roles of CEO and CTO respectively, have departed the company to launch Plai Labs, a new social platform.

Jam City has proven to be a massive success since its inception, with nearly half a billion in company-wide revenue annually and lifetime earnings of over $4 billion. As president and COO, Yguado has been instrumental to the company’s success and overseen a number of its core functions such as studio management, corporate development, and IP title negotiations. As CEO Yguado will focus on creating long-term growth opportunities, launching a slate of titles in 2023 and 2024.

“I have so much belief in Jam City and am honoured to be asked to step into the CEO role. It has been such a pleasure building this company over the past 10 years with Chris and Aber into one of the world’s leading mobile game publishers,” said Yguado. “Their vision and expertise has enabled us to create a family of games that are enjoyed by players around the world, like Harry Potter: Hogwarts Mystery, Disney Emoji Blitz, Jurassic World Alive and Cookie Jam.”

“And the future is bright, with a strong slate of new games planned for 2023 and 2024, including DC Heroes & Villains and a mobile game based on one of the biggest entertainment brands of all time. With Plai Labs, Chris and Aber are beginning a new chapter, and once again pursuing a new opportunity at the forefront of the next major iteration of web experiences, and I’m excited to see what they accomplish.”

“Jam City is a remarkable company with an incredibly talented team, and I couldn’t be prouder of what Josh, Aber and I have built together. Having led the company since inception, I know that there is no one better or more committed to lead it into the future than Josh,” said outgoing CEO Chris DeWolfe. “We’re starting Plai Labs because we’re on the precipice of the next major evolution of the social web, and we have a clear vision around how to leverage new technologies like AI and Blockchain to play a leading role in shaping this exciting space. While it’s bittersweet to leave Jam City, we’re confident in launching this venture because of the company’s strong market position and growth prospects.”

“Josh has helmed several of Jam City’s most critical business and creative functions for many years, and as CEO is well positioned to take the company to new heights,” said SeungWon Lee. “Chris will always be part of the Jam City family, and it’s been incredible to work with him over the years as the company has scaled and achieved many important milestones. His founding vision formed the strong foundation from which this company was built, and together he, Josh and Aber have created a successful and unique business.”