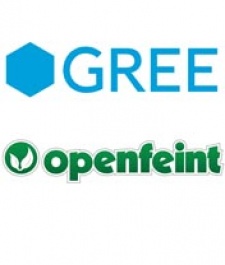 Following the move of its Japanese rival DeNA, which dropped $403 million buying US social mobile publisher ngmoco in October 2010, GREE has bought OpenFeint in a $104 million deal.

Unlike ngmoco, which makes games, OpenFeint is a pure technology play; hence the price differential.

Its mobile social network for iOS and Android currently has 75 million users and is used by 19,000 developers in over 5,000 games.

The $104 million price was said to cover OpenFeint's outstanding securities, payable in cash, and additional capital will be provided for accelerated growth.

OpenFeint's team, including CEO and founder Jason Citron, will remain, backed with long-term incentives, although the exact size of these bonuses hasn't been included in the acquisition price as happened with DeNA-ngmoco, which was a $303 million acquisition, plus $100 million in potential bonuses.

Labelling itself, the fastest growing technology company in Japan with 25 million users, GREE says it will use its social gaming and platform expertise to accelerate OpenFeint's growth, taking mobile social gaming to the next level.

There are no plans to integrate the GREE and OpenFeint platforms however as DeNA and ngmoco are doing, with the companies saying they will create tailored products for specific markets.

Like DeNA before it, GREE is aggressively expanding globally, opening offices in Beijing, Singapore and London, while OpenFeint plans to double in size in 2011.

The ecstasy of OpenFeint

"At GREE, we are socialising the next evolution of games and, as the best-in-class US-based mobile social network, OpenFeint is the ideal partner for us to offer the best mobile social games to the largest global audience," said Yoshikazu Tanaka, founder and CEO of GREE.

"This acquisition further emphasises GREE's commitment to providing the first and best global gaming ecosystem, with both the developer and consumer in mind," says Naoki Aoyagi, CEO of GREE International, the subsidiary that recently opened an office in San Francisco.

"We are excited that GREE shares our belief in the OpenFeint network and are ecstatic to partner with a renowned global leader to build a multi-billion dollar business," says Jason Citron, CEO and founder of OpenFeint.

"Together, we will deliver the strongest global ecosystem of gaming networks to our combined 100 million users."

One interesting -and as yet unexplained aspect - of the deal is that OpenFeint's existing shareholders included DeNA, which acquired 20 percent of the company in October 2009.

Despite acquiring ngmoco, it was believed that DeNA retained its stake in the company, suggesting that it must have agreed - at a price - to sell out to its Japanese rival.

Other investors in OpenFeint included $4 million in July 2010 from Chinese online platform The9, which operates a version of OpenFeint in China, and $3 million from Intel Capital in October 2010.