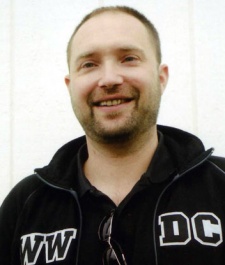 June 27th, 2012 - 11:42am
By Jon Jordan, Contributing Editor
"There's massive disruption happening in the industry at the moment," said Torsten Reil, CEO of NaturalMotion, at the Game Horizon conference in Gateshead, UK.

Entitled 'Rethinking Next Gen', Reil argued that the games business used to be all about handling the increase in console processing power.

"Then iPhone happened," he said. "It arrived like a meteorite. It disrupted everything in the games industry."

"Game development is not just about hardware anymore," Reil said.

"We have to deal with changes in distribution, business model, audience, and feedback and analytics. And everything is changing very quickly."

The result is that the industry needs to be making different types of games, something NaturalMotion has harnessed with the 11 million downloads to-date of its free-to-play game My Horse.

"There will be casualties along the way, but this is the biggest opportunity for developers with a console background," Reil said, breaking into a rapid fire list of key bullet points.

This is where developers with console background have an advantage.

You need to be able to play a game session in the Starbucks queue. "Our users play 10 times a day for a couple of minutes," Reil said.

You have to have asynchronous multiplayer.

Mobile players don't like to fail, especially at the start of the game.

On iOS, you have to release a game that's highly polished and has been heavily usability tested. You don't get a second chance to make a good impression.

7. You can't polish too much

When you think you've polished enough, polish some more.

This tells you the correct questions to ask, and which metrics to focus on.

The audience is so big that any press you get doesn't impact your download numbers, although it is important for other things such as company profile.

Production values are key in terms of driving word of month virality in terms of players showing off games to their friends.

The industry is changing fast, and everything we know may not be true in a couple of months time. We always have to be rethinking everything.