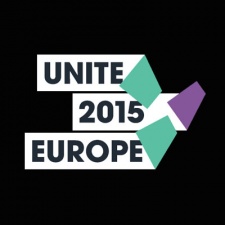 Introducing his keynote at Amsterdam's Unite Europe 2015, Unity CEO John Riccitiello began by reiterating the philosophy at the heart of the development tools company.

"What never changes at Unity is democratisation - putting the tools in the hands of developers around the world, whether they can afford it or not," he said.

Indeed, with Unity 5's payment model and the engine being made free for students, the firm is only doubling down on democratisation.

"We're trying to turn the world into a world of creatives - we think that's where it needs to go," he continued.

When it came to discussing Unity games themselves, his focus was on quality and critical acclaim - particularly the games that have reached the 1 percent with average review scores of 9/10 or above.

He went on to cover the financial big hitters - which, interestingly, was very mobile-focused - including Fallout Shelter, Hearthstone, and Chronoblade's top 5 success in Korea.

For instance, EVP of Unity Ads and Everyplay Jussi Laakkonen took to the stage to reassert the firm's enthusiasm for advertising as the dominant monetisation model for the future of mobile.

"Ads should be natively integrated into your game, not slapped in afterwards. They should be a part of it," he said. "With Unity Ads you decide where and when and how you present them."

Best Fiends was given as an example, with a reported 250 percent increase in ad revenue per user and total ad revenue when native Unity Ads were introduced.

"Crossy Road is still going strong, too," he said. "I'd love to give you new numbers but they're confidential."

Other big mobile numbers came from former Playtronics man John Cheng, who is now heading up Unity Analytics. He reported 750 million installs of Unity mobile games, as well as the fact that a staggering 1 billion unique mobile devices installed Unity games in 2015.

However, the main reason for his presence was to promote the recent announcement that Unity Analytics is now in open beta, giving develoeprs the tools to examine player data.

One of the more interesting features was Unity Heatmaps, a system by which developers can discover which aspects of their level design is tripping players up. Cheng demoed it on stage:

"Blue is where the player has gone, yellow are high-traffic areas, and red is where players are actually dying... One key tweak in a level can be the difference between a nice game and one that's incredibly successful."

Ultrateam had a problem with low retention rates in its game Ultraflow before it implemented Unity Analytics, Cheng said, but the technology "ultimately drove the user base from hundreds of users to millions."

"Using analytics showed them where to focus."

VR also had a significant presence at the keynote: "We're pushing the platform leading edge so you can be out there in the front, not waiting for someone else to push forward," said Riccitiello of the tech.

Lucas Meijer, Unity Technical Director, emphasised the importance of developers to push down blind alleys en masse, stating that Unity developers would play a large role in ironing out the current control and interfacial issues with virtual reality.

"I'm convinced that [VR-specific control systems] still need to be invented," he said.

And, with Oculus and Gear VR support, already part of the Unity package, it apears the firm is committed to making Unity the premier engine for VR experimentation.

The major announcement of the keynote, though - and one that had attendees immediately checking their laptops and phones - was that the Unity roadmap would now be available

Sharing the internal Unity roadmap online for all to see here, the firm has pledged to become even more open by sharing the next 6-9 months of its plans.

We'll be reporting from the conference throughout the week, so keep an eye out for more news from Amsterdam.