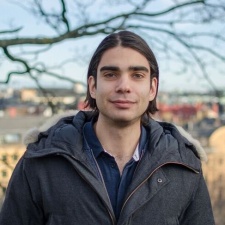 A group of industry veterans from developers such as King, DICE, Rovio, and Zynga have banded together to form a new Stockholm-based developer, Snowprint Studios.

The studio, led by CEO Alexander Ekvall, former Director of Product at King, will focus on producing free-to-play midcore titles.

“Traditional gamers are now finding themselves with a powerful gaming platform in their pockets, while casual and midcore players are beginning to move beyond mobile’s simpler offerings", said Ekvall.

"Snowprint Studios’ games will sit at a crossroads between these gamers, inviting every kind of player to explore gameplay with new, challenging and accessible mid-core components.”

Ekvall is joined by Patrik Lindegren, who acted as lead developer on Candy Crush Saga and who will take on the role of CTO at Snowprint, as well as a team of other former leads from a variety of other developers.

The studio has also closed an initial seed funding round for an undisclosed amount, led by Jari Ovaskainen, an early investor in Supercell.

The studios first game, which appears to have a working title of Bifrost, is an RPG based on Norse mythology. The game will have you building teams to take on tactical, puzzle-based battles against warriors from Niflheim.

The studio has only revealed concept art thus far, but says it will be revealing more information on the team and the game "in the coming months."