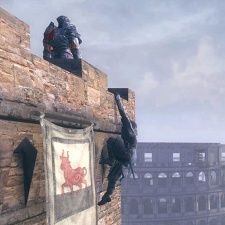 It's a move which seems likely to signal the cancellation of the game, although there's no formal news from Ubisoft.

Initially soft-launched in August 2014 in just Australia and New Zealand, the game has received rather sporadic updates over its 17 months of development, and was last updated in October 2015.

Is this the end?

It might not be the end for the game yet, however – the game's Facebook page was still active and replying to comments on January 22nd, with no indication that the game would be cancelled.

And it wouldn't be the first time Ubisoft has removed and restored a game to the App Store – based on listings on App Annie, it did the same with Rayman Adventures in 2015.

There's no official word from Ubisoft yet, but for now it certainly doesn't look good for the long-awaited action-RPG.