Cases from the Wizarding World will be a hidden object title 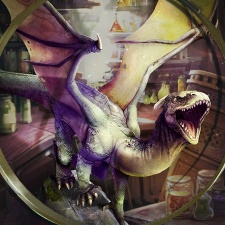 UK developer Mediatonic has partnered with WB Games San Francisco to develop a new mobile game based on the upcoming movie franchise Fantastic Beasts and Where to Find Them.

Called Fantastic Beasts: Cases from the Wizarding World, the free-to-play hidden object game will be released for both the App Store and Google Play.

Players take on the roles of new recruits at the Ministry of Magic and must discover hidden objects and analyse evidence as they investigate unexplained happenings in the wizarding world.

“Fantastic Beasts: Cases from the Wizarding World offers a fun, magical mobile experience to all players.”

Mediatonic has studios in both Brighton and London. It has worked on games such as Heavenstrike Rivals, Foul Play and Hatoful Boyfriend.