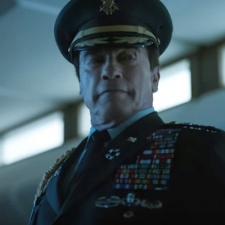 MZ was the biggest mobile game advertiser on both Facebook and Google in Q3 2016.

The data comes from a report by mobile intelligence firm Sensor Tower, which studied the top 20 app install advertisers on Facebook, Google, Instagram, and Pintrest.

MZ's Mobile Strike was the most advertised game on Facebook, ranking 6th overall. Both Mobile Strike and Game of War appeared in the Google advertising ranks, placing third and fourth respectively.

Perhaps more interestingly, Final Fantasy Brave Exvius ranked 11th on the list of Facebook advertisers. It was the only other game to rank and wasn't developed by one of the usual suspects like King or Supercell.

Similarly, Jam City's Panda Pop was ranked 20th on the Google list. It too was the only other game to appear on the list aside from MZ's titles.

Instagram tells a totally different story. The highest ranked game in sixth was Zombie Frontier 3, a game released in 2015 by Feelingtouch Inc.

Summoners War, Last Empire-War Z and The Walking Dead: Road to Survival also appeared in the bottom half of the rankings. This implies that Instagram is still a relatively cheap and untapped market for gaming advertising.

What the hell is happening at Game of War and Mobile Strike developer MZ?

Has MZ just pulled all its legacy game marketing to focus on Final Fantasy XV?