First game of its kind to be taken off the market 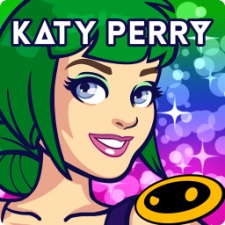 It appears that Glu Mobile has shut down its celebrity-focused title Katy Perry Pop.

The game is no longer available for download on the Apple App Store or Google Play. It can be installed via Google Play on browser, but fails to load due to connection issues.

According to App Annie, the game last ranked on the download charts on November 20th before suddenly disappearing. This suggests that the game was removed on November 21st.

Not such a firework

Katy Perry Pop was the second of Glu's celebrity tie-in titles, and the first to focus on a musician. It was originally launched on December 15th 2015.

The game was an immediate flop, failing to make any impact on the top grossing ranks in either the UK or US. It struggled even against its own predecessor, Kim Kardashian: Hollywood.

Glu has continued to work on other celebrity titles, recently adding iMessage stickers to Kendall & Kylie. Another musician-focused title, Nicki Minaj: The Empire, is currently in soft launch.

We have reached out to Glu for comment on the state of Katy Perry Pop.