EA's exclusivity with Porsche runs out at the end of 2016

Other developers able to license Porsche for their games 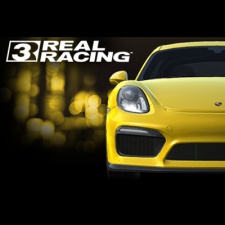 EA's exclusive deal with Porsche to use its license in its games will expire at the end of 2016.

The news came German site SpeedManiacs during a preview for PC racer Assetto Corsa. Porsche Branded Entertainment Manager Sebastian Hornung told the site that the expiration came because "the current situation is no longer desirable for both sides".

Keep it to yourself

The deal was made back in 2000 and meant that Porsche cars could only appear in EA games. Other developers could sub-license the Porsche brand from EA if it was willing.

Some devs, such as Eden Games, got around the issue by using Porsche models customised by RUF. Eden's first game Gear.Club features three of these cars.

EA has taken advantage of its Porsche deal in the past to draw in players to Real Racing 3 with brand new cars, such as the Cayman GT4 back in February 2015.