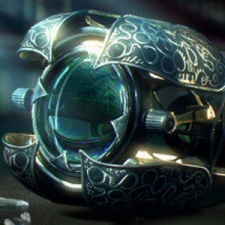 The Room developer Fireproof Games has revealed its upcoming fourth entry in the puzzle series called The Room: Old Sins.

Details on the game are currently thin, but it will be a 3D puzzle-adventure game like its predecessors. Previous games have revolved around solving a series of puzzle boxes in sparse rooms.

The official description states that players will "explore unsettling locations, follow obscure clues and manipulate bizarre artefacts on a journey into the world behind the veil".

Fireproof co-founder Barry Meade has also confirmed via Twitter that the game will not feature VR. It is due for release in 2017 and will be playable at EGX on March 30th.

The Room franchise has proven to be lucrative for Fireproof since the first game launched September 2012. The games have achieved 11.6 million downloads combined and each title has generated around $3.3 million in their first 12 months of release.