Harpan LLC just made a killing 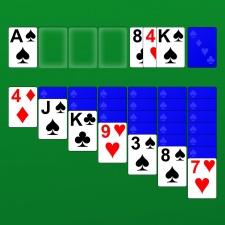 Zynga has acquired the Solitaire games of relatively unknown mobile developer Harpan LLC for $42.5 million in an all-cash deal.

As reported by Seeking Alpha, the acquisition was quietly announced as part of Zynga's FY16 10-K filing. The deal is stated to have occurred on February 14th 2017.

"As the initial accounting for the business combination is incomplete as of the date of this filing, we will record the preliminary purchase price allocation in the first quarter of 2017," said Zynga in the statement.

The deal sees the developer picking up just four Solitaire games from Harpan. Information on Harpan is thin on the ground, but it appears to be a one-man operation.

Its best performing title is simply titled Solitaire by Harpan. It once peaked at sixth on the US iOS download charts and currently sits at rank 51 on the overall download charts.

Zynga has around $850 million in cash available, so the purchase is not a particularly large investment. The acquisition will likely be included as part of the developer's renewed focus on developing forever franchises and maintaining strong live ops.