Its four million MAUs are sure to be happy 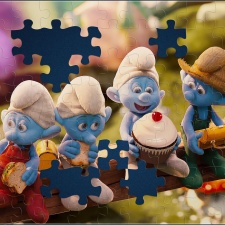 The partnership will see a range of free and premium puzzles released in-game based on films such as Cloudy with a Chance of Meatballs, The Smurfs and Hotel Transylvania.

The movies were chosen to suit the games' target audience of "mums and children". Further brands will be added to the game in the future, using both existing and new IP.

"We always look for opportunities to bring a fresh perspective to our games and feel we've done that in a big way with the Magic Jigsaw Puzzles and Sony Pictures collaboration," said ZiMAD CEO Dmitry Bobrov.

"Magic Jigsaw Puzzles has a passionate audience and we want to keep them engaged by offering unique and exciting content that keeps them coming back for more."

ZiMAD has previously partnered with National Geographic on a range of nature-themed jigsaw puzzles to the game's four million MAUs. It has also worked with ad firm Vungle to boost daily ad revenues from $200 to $6,000.