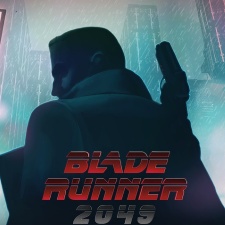 The Walking Dead: No Man's Land developer Next Games has partnered with Alcon Entertainment to develop a new game based on the upcoming film Blade Runner 2049.

It is Next Games' third title, following original IP Compass Point: West and licensed IP The Walking Dead: No Man's Land. No details on the new game are currently available.

Blade Runner 2049 is the sequel to sci-fi classic Blade Runner, starring Harrison Ford. He will reprise his role for the new film alongside Ryan Gosling, whose outline appears to feature in the one piece of artwork available for the game.

"We are thrilled to work on Blade Runner, a true pop culture icon. We are determined to deliver on Blade Runner's unique themes and vision of the future. Both we and Alcon Entertainment value mobile games that are authentic and true to the original property," said Next Games CEO Teemu Huuhtanen.

"Our partnership is a confirmation of Next Games' mission to redefine the way entertainment franchises can be transformed into, and enhanced by, highly engaging mobile games enjoyed by millions of fans globally."

Next Games became the first Finnish games company to go public on NASDAQ First North in March 2017. The move saw its Q1 revenues double compared to its Q1 FY16.