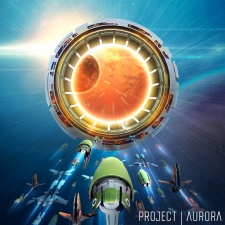 Finnish developer PlayRaven has partnered with CCP to develop a new mobile game set in the Eve Universe.

Eve Online is a popular space MMO in which players join giant corporations vying for control over territory in space, and is best known for its enormous PvP battles and player-created stories.

PlayRaven’s new mobile Eve game, Project Aurora, will be free-to-play MMO, and tasks players with working together to create the most powerful corporation and dominating the centre of the galaxy.

Its set for a soft launch in select territories in the near future. The game is slated for a full release in 2018.

“We’re all long-time fans of CCP and EVE Online, so we’re immensely proud and honoured to be working with such a legendary developer and beloved franchise,” said PlayRaven CEO Lasse Seppänen.

“It’s really a dream come true to have the opportunity to create a new Eve experience on mobile.”

CCP CEO Hilmar Veigar Pétursson added: “For years and years we have wanted to bring the Eve Universe to mobile devices in a way that is tailored to the platform and Eve fans.

“We wanted to find a partner who is passionate about Eve, has a track record of producing high quality and deep mobile games and is capable of creating completely new experiences on mobile. PlayRaven fit the bill perfectly.”

PlayRaven is a mobile developer based in Helsinki that has previously developed titles such as Robocide, Spymaster and Winterstate.