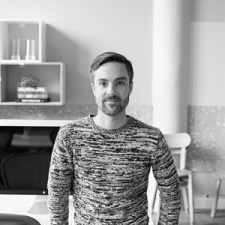 Dots CEO Paul Murphy has announced plans to step down from his role at the Dots and Two Dots developer at the end of 2017.

As outlined in a post on Medium, Murphy will be replaced by current COO and co-founder Patrick Moberg. Murphy will remain on the board of the company.

He stated that Dots remains profitable and scaling, and that the developer will have generated almost $100 million in gross revenue by the end of 2017.

However, Murphy notes that with the growing competition in the mobile games industry, and the ever-rising costs of UA, the company needs to think carefully about its future strategy.

"We need to go beyond simply 'launch another game'. We want Dots to help shape the future of the gaming industry — and to do that, we need the most creative people working on their most passionate projects, with enough patience to let new markets, platforms, and business models form," he wrote.

"When I stepped back to think about our original goals, Patrick was the best person I could think of to take on this task. He is passionate about creating success in this industry long term and has a unique ability to learn from the past without trying to chase it."

Dots' Director of User Acquisition Haydon Young wrote about the ways mobile ad creatives can improve their ads back in April 2017. He noted that advertising shouldn't just be about Big Data, but also look at the Big Picture.