Aeon Must Die! walks away with the first place prize at the first ever Big Indie Pitch at GameDevDays 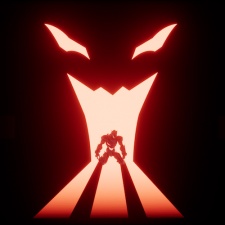 Limestone Games' brawler Aeon Must Die! has won the first ever Big Indie Pitch at GameDevDays.

We’re only into March and we’ve already seen FINIFUGU&&friends take the crown twice, alongside Triband with their anti-golf game What The Golf?, and now we can add Aeon Must Die by Limestone Games to the list of 2018 Big Indie Pitch champions as the team took first place at our most recent pitch as a part of GameDevDays 2018 in Tallinn, Estonia.

That’s not all though, as much like at GDC, the race for second place was so close that we actually awarded two games the prize for joint second place. Those games were the former Big Indie Awards 2017 top 10 finalist Tacticool by Panzergog, alongside THUMBOFF, a game created as part of a Game Jam competition in Tallinn, Estonia.

Aeon Must Die is like an anime come to life right in front of your eyes. Utilising a breakneck risk-reward tactical fighting gameplay mechanic that represents something of a cross between Batman: Arkham Asylum and Street Fighter 2, this upcoming Switch game offers one of the most stylish and well polished experiences we’ve ever seen.

It’s not just the presentation and gameplay that’s engrossing either, as the story also offers up a level of moral ambiguity and mystery as players go on a violent journey with a disgraced symbiotic emperor, a fuel-blooded amnesiac with a hole in his head and a sentient hoverbike.

One of our most dedicated pitchers, Panerdog has long sought to earn Tacticool’s place as Big Indie Pitch royalty. Something which they have now successfully achieved by taking second place in the pitch to go alongside their top 10 finish at the Big Indie Awards last year.

As such it’s easy to recommend Tacticool when it comes out later this year bringing with it its unique blend of 5v5 battlefield action, ragdoll physics, a variety of vehicles and weapons, and an awful lot of destruction. Imagine a modern day team-based gladiatorial fight, and you’ve got the idea.

THUMBOFF isn’t your usual fighting game, first of all it’s played with just one controller between two people, as each player places their thumb onto one of the two joysticks in order to assume the roles of two thumbs in a fight to death.

From here, players can use whatever tricks they have up their sleeve to defeat their opponent in a game of thumb wars. All in all, this game takes thumb wrestling to a ridiculous extremes, where fractures and even dismemberment are commonplace.

The Big Indie Pitch interviews: Limestone Games tells us all about their stylish anime-inspired Aeon Must Die!

The Big Indie Pitch heads to GameDevDays in Estonia