“Our business and our hobby are in great shape, the best shape either has been for some time” 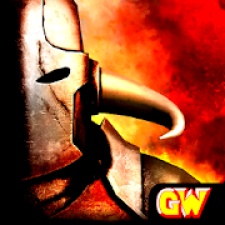 Miniatures manufacturer and Warhammer owner Games Workshop has reported that profits have nearly doubled for the year ending June 3rd 2018.

Games Workshop has an extensive licensing business in the games industry, resulting in the release of games such as Total War: Warhammer, and Warhammer: Vermintide 2 and Warhammer Quest 2.

The company put down the income split as 89 per cent PC and console, seven per cent mobile, and four per cent 'other'.

As reported last month, all 1,700 members of staff at the miniatures-maker received a slice of a hefty £5m ($6.7m) bonus, as Games Workshop celebrated a particularly successful year.

"Our business and our Warhammer Hobby are in great shape, the best shape either has been for some time,” said CEO Kevin Rountree.

"And as we stride into the year ahead with more energy, ideas and drive, it's clear to me that we're only just getting started.

"It has been another exciting year building on the progress we have made over the last few years. We have surpassed the expectations which I set the business on appointment in January 2015, so I have set the bar higher: exciting times."