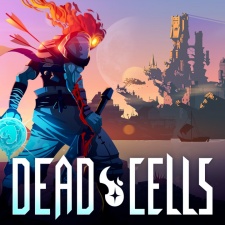 The Nintendo Switch version of action-platformer Dead Cells is outselling the PS4 version by a factor of four-to-one.

That’s according to Destructoid, who spoke to a marketer behind the game at PAX this past weekend. While no solid figures were provided, the outlet was told the Switch version of Dead Cells was significantly outperforming the PS4 edition.

That comes despite the PlayStation 4’s significantly larger pre-existing install base, at over 76 million units sold compared to the Switch’s 20 million.

However, the Switch has continued to gain momentum and was Japan’s best-selling console for the sixth consecutive month in August.

Dead Cells is Motion Twin’s first major release since leaving mobile games development to pursue its passions. Evidently, that decision has paid off for the French “anarcho-syndical workers cooperative.”

Developer Sebastien Benard will be speaking at this year’s Pocket Gamer Connects Helsinki, delivering a post-mortem on the development of the slash ‘em up side-scroller.

And while the Switch may be making steady progress towards overtaking the PlayStation 4’s market dominance, Sony doesn’t seem too phased. Sony Interactive Entertainment Asia president Hiroyuki Oda had nothing but kind words for the Switch’s impact on the industry.