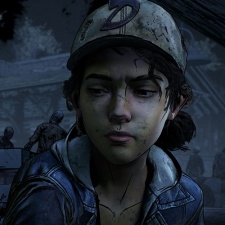 Fans of Telltale’s narrative games The Walking Dead and The Wolf Among Us are unlikely to see their respective seasons come to fruition.

The voice behind The Walking Dead’s Clementine and The Wolf Among Us’ Beauty took to her personal Twitter account to make the claims.

Regarding The Walking Dead, she said to her knowledge that Episode Two would be the end of the series and that fans “will not get to see Clem's journey through to the end".

On the topic of The Wolf Among Us, she explained that it “hurt to know” that the previously announced title wouldn’t be made.

This has yet to be confirmed of course, but with only a small team remaining at Telltale the signs aren't promising for either game.

Hello friends. I am so very deeply moved by the messages of love that I, and the folks from @telltalegames have been receiving. Yesterday was one of the toughest days ever. A lot of hearts were broken, including mine. Please read the attached. #TelltaleJobs #Clementine #TWD pic.twitter.com/Fb68z86j8e

A 25-person skeleton crew has been put in place to tie up the firm’s obligations to its board and respective partners.

Telltale Games co-founder and former CEO Kevin Bruner issued a statement on the situation, calling it a “very very sad day” and commenting that he was mostly saddened for the people who are losing their jobs.

Game Workers Unite, meanwhile, issued a scathing assessment of the situation, calling it the work of “incompetent” and “exploitative” Telltale Games executives.

In the wake of the layoffs, the games industry has been pushing various jobs vacancies to help get affected staff back into work.