Fortnite developer Epic Games raises $1.25 billion in funding from over half a dozen investors 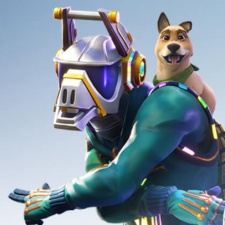 These companies hold interests in a wide range of fields including technology, entertainment, professional sports, esports, and live events.

It's not completely clear immediately what Epic will use the funds for, though it will likely go toward development of Unreal Engine. There also remains the option for M&A activity if the company is looking to rapidly expand.

“We’re excited to partner with the finest minds in the financial, sports, and entertainment communities,” said Sweeney.

“This reinforces Epic’s position of leadership in real-time 3D technology, and accelerates our ability to improve the way people play, work, and interact with the world.”

Epic isn’t exactly short on cash these days, with Fortnite continuing to bring in big numbers. While the open beta for the Android build only launched this month, it has already reportedly taken in over $60 million in revenue.