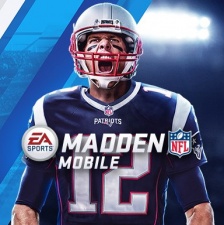 EA has reported mobile growth of just one per cent following a decline in handheld NFL bookings.

During a conference call with investors for Q2 2018 (as transcribed by Seeking Alpha), the publisher explained that a number of titles in its mobile roster were performing “below expectations".

In particular, EA named Madden Mobile’s decline as a particular offset to the growing success of FIFA's mobile titles. The success of the latter has helped keep the company's mobile business stable, as FIFA Mobile daily active players increased 50 per cent year-over-year.

EA reported total revenue for the quarter at $1.29 billion. Total net bookings for the quarter reached $1.22 billion, up $43 million year-over-year.  Profit for the quarter came to $255 million, following a loss of $22 million for the same period in 2017.

Mobile net bookings came in at $152 million, up one per cent year-on-year.

“We expect our mobile net bookings to be about flat year-on-year," said CEO Andrew Wilson.

"We have a couple of titles performing below our expectations, and we've moved Star Wars: Rise to Power out of fiscal 2019. Command & Conquer: Rivals is performing well in soft launch, and FIFA Mobile is off to a strong start in China.”

But it’s not all grim for the publishing giant’s mobile arm. Wilson continued to explain that the slump this year was less about poor performance and more to do with shifts needed to prepare its mobile operations for the future.

Responding to concerns on the “stalling” mobile business, Wilson added: “I think what we have always maintained across our mobile business is that we believe we have a tremendously strong portfolio of content, and we were going to take the time to ensure that we delivered profitable growth over time.

“While that growth has slowed this year as a result of some title shifts and title moves, we feel actually very bullish on the future.

“I think that we also feel very good that the mobile industry is actually moving in a direction where the types of games that we make will be very, very well received."