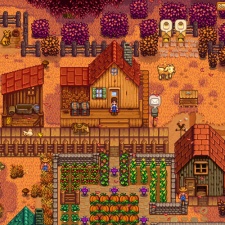 Stardew Valley has grown $1 million in revenue worldwide since launching on the App Store.

Sensor Tower estimates that 25 per cent of mobile players are planting their seeds on the iPad version of the title.

Chucklefish’s pleasant farmer came to iOS on October 24th, following over two years of success on PC and consoles. Mobile studio The Secret Police headed up the port, with assistance from original developer Concerned Ape.

Stardew Valley will eventually come to Android, but so far no release date has been set.

The Secret Police co-founder Harry Holmwood will be speaking at Pocket Gamer Connects London 2019, which takes place on January 21st to 22nd.