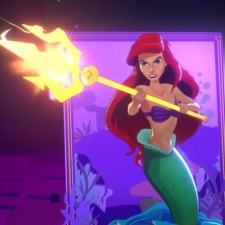 The title features famous characters such as Mickey Mouse, Ariel from The Little Mermaid and Sully from Monsters, Inc. Disney Sorcerer’s Arena is set for release as a beta in limited territories soon.

Glu obtained the license to develop mobile games using Disney and Pixar characters in February 2018. Development is being spearheaded by the studio’s SVP, GM Mike Olsen, who was previously creative director on EA’s Star Wars: Galaxy of Heroes.

This is the firm’s first title using the properties since the deal was agreed.

“Disney Sorcerer’s Arena has been developed by a talented and creative team who, in close collaboration with Disney, have worked tirelessly to deliver an immersive and stunning game players will love. As we move into the next phase of development, I am incredibly excited today to release a first look into this new world.”

Disney Parks global games and interactive experiences SVP Sean Shoptaw added: “Glu is a proven leader in the mobile and strategy-based games space, and their expertise is fully demonstrated with Disney Sorcerer’s Arena. We’re thrilled to share a first look at this incredible world we’ve created where players can interact with their favorite Disney and Pixar characters in new and unexpected ways.”

Disney has partnered with a number of external developers over recent years, preferring to license out its IP rather than develop games internally. Recently it collaborated with Kuato Studios on a new storytelling app called Disney Story Realms.