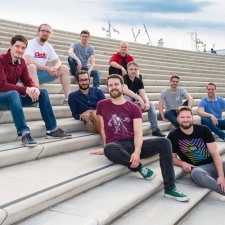 German mobile games studio Sviper has raised €2.5 million ($2.8m) in a Series A funding round.

The funding will go towards expanding the games studio further.

Based in Hamburg, Sviper is an independent mobile games studio that was founded in 2016 by ex-InnoGames developers Mark Buchholz, Ole Schaper and Michael Reichert.

“Super Spell Heroes is a thrilling game that has convinced us of the potential of Sviper and its whole team,” said MTG executive vice president of games and esports Arnd Benninghoff.

"We are looking forward to upcoming projects and a mutually promising cooperation.”

Sviper founder Ole Schaper added: “We are very proud to work with such a competent and experienced international partner as MTG and welcome them to our pool of investors. Their expertise in the digital world is an inspiration and a great opportunity for us to grow as a part of the MTG family.”