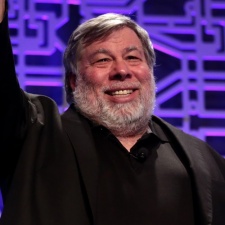 Apple co-founder Steve Wozniak has expressed his concern that the tech giant is falling behind on foldable phones following announcements this week by Samsung and Huawei.

The South Korean and Chinese smartphone manufacturers have unveiled the Galaxy Fold and Mate X, devices that can bend and fold out into larger screens.

Speaking to Bloomberg, Wozniak said Apple has been a leader for a long time in many areas such as touch ID, facial ID and easy mobile phone payments, but it has fallen behind the new hardware designs of its rivals.

“They are not the leader in things like the folding phone and that worries me, because I really do want a folding phone,” he said. “It’s one of those new technologies that does catch my attention.

“But Apple always has surprises, working on a lot of things in the background. They just got so successful with the iPhone that that was their whole business for a long time. Now they’re branching out, a lot of their services are very good.”

There are signs that Apple may be working on an as-yet unannounced foldable phone however. Recently published patent filings show what solutions Apple is considering for flexible displays. Whether Apple ultimately uses these for new hardware remains to be seen.