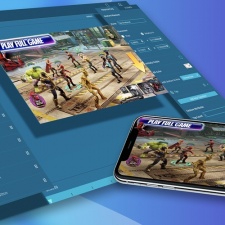 Codeless instant app creator AppOnboard Studio has been made available free for all developers.

The toolset is designed as a quick and easy to develop instantly accessible app demos for Google Play. This lets users quickly play part of a game before downloading the full app.

It was made available for early access at GDC, giving developers the chance to test the platform. Since 2017, AppOnboard’s clients have included the likes of Kabam, Glu Mobile, Jam City, Zynga, Outfit7, Seriously, Big Fish Games and more. Now the tool is open to any developer to use.

The AppOnboard website shows four different pricing tiers for Studio, Personal (free), Plus (from $27 a month), Pro (from $89 a month) and Enterprise (custom plan). These scale up to support a larger output, amongst other benefits.

"AppOnboard Studio was designed early on to be the simplest and fastest way for anyone with an idea, even non-coders, to build an instant app and launch on Google Play," said AppOnboard COO Bryan Buskas.

"At its core, it was designed to unleash the incredible, yet to be discovered, app ideas that are currently buried beneath the cost and time of app development today."